The Downside of Pacifiers 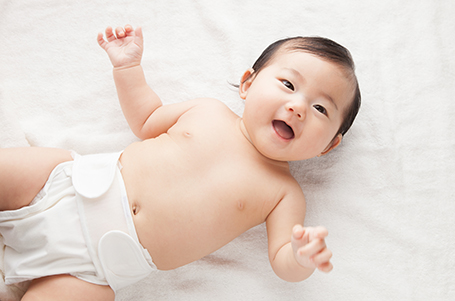 Vitamin K: To Inject or Not

Newborn infants routinely receive an injection of vitamin K after birth in order to prevent (or slow) a rare problem of bleeding into the brain weeks after birth. Vitamin K promotes blood clotting. The fetus has low levels of vitamin K as well as other factors needed in clotting. The body maintains these levels very precisely.” Supplementation of vitamin K to the pregnant mother does not change the K status of the fetus, confirming the importance of its specific levels. Toward the end of gestation, the fetus begins developing some of the other clotting factors, developing two key factors just before term birth. It has recently been shown that this tight regulation of vitamin K levels helps control the rate of rapid cell division during fetal development. Apparently, high levels of vitamin K can allow cell division to get out of hand, leading to cancer.

It has recently been shown that this tight regulation of Vitamin K levels helps control the rate of rapid cell division during fetal development. Apparently, high levels of vitamin K can allow cell division to get out of hand, leading to cancer.

There are some bleeding problems that can occur within the fiat week after birth from the naturally low clotting ability, such as excessive bleeding of a circumcision. Though this is named “early hemorrhagic?disease of the newborn” (early HDN it’s not really a disease, rather a natural state that is inconvenient when certain procedures are required. Late HDN is the real concern, more recently called vitamin K deficiency bleeding (VKDB). This problem of bleeding into the brain occurs mainly from 3 to 7 weeks after birth in just over 5 out of 100,000 births (without?vitamin K injections); 90% of those case, are breastfed infants, because formulas, are supplemented with unnaturally levels of vitamin K and the E. coli in formula-fed intestines makes vitamin K. Forty percent of affected infants suffer permanent brain damage or death. The cause of this bleeding trauma is some form liver disorder that has not been detected?until the bleeding occurs. Most cases art a blocked bile duct that will require surgical repair for the infant to survive. Bile is required for good absorption of vitamin K so infants become deficient when this duct is blocked and this deficiency allows bleeding into the brain. Infant?exposed to drugs or alcohol through any means are especially at risk, and those from mothers on anti-epileptic medications are at very high risk and?need special attention.

This rare but tragic bleeding into the brain has been found to be highly preventable by a large-dose injection of vitamin K at birth. The downside practice, however, is an increased risk of developing childhood leukemia. A?few studies have refuted this suggestion, several tightly controlled have shown this correlation to be most likely. A 2002 review of all available studies concluded there was no significant risk although every one of?their calculated rates showed a small increased risk. Apparently, the cell division that continues to be quite rapid after birth continues to depend on precise amounts of vitamin K to proceed at the proper rate. Introduction of the levels that are 20,000 times the newborn level, the amount usually injected, can have devastating consequences. Nursing raises the infant’s vitamin K levels very gradually after birth so that no disregulation occurs that would encourage leukemia development. additionally, the clotting system of the healthy newborn is well planned, and healthy breastfed infants do not typically suffer bleeding complications, even without any supplementation. While breastfed infants demonstrate lower blood?levels of vitamin K than the “recommended” amount, they show no signs of vitamin K deficiency (leading one to wonder where the “recommended” level for infants came from). But with vitamin K injections at birth, harmful consequences?of some rare disorders can often (but not always) be averted.

Infant formulas are supplemented with high levels of vitamin K, generally sufficient to prevent intracranial bleeding in the case of a liver disorder and in some other rare bleeding disorders. Although formula feeding increases overall childhood cancer rates by 80%, this is likely not related to the added vitamin K.

Extracting data from available literature reveals that there are 1.5 extra cases of leukemia per 100,000 children due to vitamin K injections, and 1.8 more permanent injuries or deaths per 100,000 due to brain bleeding without injections. Adding the risk of infection or damage from the injec?tions, including a local skin disease called “scleroderma” that is seen rarely with K injections,” and even adding the low possibility of healthy survival from leukemia, the scales remain tipped toward breastfed infants receiving a prophylactic vitamin K supplementation. Injections are shown to be very painful and stressful for newborns though breastfeeding during the procedure can reduce the pain. There are possibly better options than the 1 milligram injections typically given to newborns.

Infants can receive oral doses of vitamin K after birth. The dosage that has been recommended over the last decade has been found not to be?adequately preventive. Investigation of a large study group of Danish and Dutch infants with blocked or absent bile ducts has provided valuable information on what dose is optimal. The provision of 1 oral milligram per week to the infant for 4 weeks has been shown to provide as much protection as an initial injection of 2 milligrams (which is twice the injection dose used in the United States). Alternatively, the nursing mother can take vitamin K supplements to increase the amount she delivers in her breast milk. (Supplementation of the pregnant mother does not alter fetal levels but supplementation of the nursing mother does increase breast milk and infant levels.) This mode was not tested in the recent large study, but maternal supplementation of 2.5 milligrams per day, recommended by one author. provides a higher level of vitamin K through breast milk than does formula and is the highest among such recommendations. Formula provides 10 times the U.S. recommended daily allowance, and this RDA is about 2 times the level in unsupplemented human milk. If a breastfeeding mother takes this amount for 10 weeks, it is shown that she will provide a cumulative extra 2.5 milligrams to her infant over the important period. Neither mother nor infant require supplementation if the infant is injected at birth.

There is no overwhelming reason to discontinue this routine prophylactic injection for breastfed infants. Providing information about alternatives to allow informed parents to refuse would be reasonable. These parents may?then decide to provide some gradual supplementation, or, for an entirely healthy term infant, some choose to simply provide diligent watchfulness for any signs of jaundice (yellowing of eyes or skin) or easy bleeding. There appears to be no harm in supplementing this vitamin in a gradual manner. however, and early signs of liver disorder are often missed.

One more curious finding about childhood leukemia is that when any nation lowers its rate of infant deaths, its rate of childhood leuke?mia increases.” Vitamin K injections may be responsible for some part of?this number, but other factors are surely involved, about which we can only speculate.