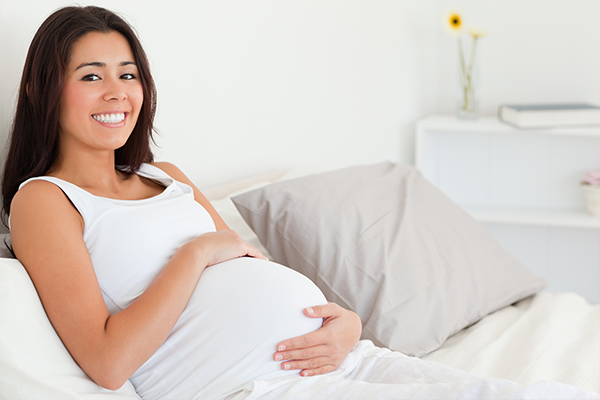 A birth plan is a list of your priorities and wishes for the birth and the time?? immediately afterwards.? It is best constructed after you have met your caregivers and discussed your options with them, but early enough for you to negotiate modifications in hospital protocols or a midwife?s standard practice.? One copy is clipped to the notes and you keep another copy yourself.? Some notes have dedicated pages for birth plans.

If you have had a baby before, you will be pretty clear what is most important to you.? If you work in the health services yourself, or have listened to other women?s accounts of birth, you may also have a clear idea of exactly what you want and do not want.? This may include the kind of setting in which you wish to give birth, and the general style of birth you prefer ? high-tech, epidural or drug-free and mobile, for instance.

Some people think the idea of a birth plan is ridiculous because no-one knows in advance how birth is going to be.? That is true.? But if you were setting off on safari, or even on a picnic when you were not sure how the weather would turn out, you would plan for alternatives.? It is the same with birth.? You know what you want, and you also know what you want if things do not turn out exactly as expected.

Doctors and midwives do not have to be burdened with patients? trusting reverence.? Increasingly they prefer women to think through what they want and to make choices.? There are still caregivers who feel threatened by birth plans and see them as undermining their authority and expertise, like the obstetrician who said he could not stand ?backseat drivers?.? Yet when women become utterly dependent on those caring for them it can be more threatening than open confrontation, for if things go wrong and a baby is damaged or dies, total faith then often turns to litigation.? It is almost invariably those who put their unquestioning trust in an obstetrician who sue for malpractice-not women who accept responsibility, weight the pros and cons, and make decisions for themselves.? It is also sometimes suggested that making a birth plan shows lack of trust in the doctor or midwife.? But at best it is something you do together.? It enables your caregiver to learn about you at the same time that you learn about him or her.? It can be a positive part of your developing relationship and contribute a lot to it.? Those who oppose the idea of birth plans often urge women to be nice to their doctors to get what they want.? But being nice is often not enough. ?The kind of doctor who brushes aside your request for ?natural childbirth? by saying, ?Of course you can give birth naturally.? All birth is natural?, or who tells you, ?You can hang from a chandelier as far as I?m concerned?, is likely to want you harpooned to a fetal monitor, and may be knife-happy, too.? Stating your wishes in writing and confidently affirming expectations gives you a greater chance of having what you want than playing the part of the obedient patient.? Birth plans are a vital part of an active approach to labour, which sees birth as a spontaneous process in which a woman?s body knows how to act without anyone having to ?manage? it.? Yet they can equally well be used if a woman is certain that she wants an epidural or is convinced that induction is a good thing to have if she goes a week ?overdue?. WHAT TO INCLUDE IN YOUR BIRTH PLAN

Some things will be simple and straightforward: for example, ?I should like to hold the baby immediately, skin to skin? or ?I would like to be helped to lift the baby out of my own body.?? These may already be standard practices for your midwife or doctor.? Other choices may be more complicated and entail further discussion.? As an example, if the early stages of labour are long-drawn-out, what, if any, interventions might be proposed and which would you prefer?? With active management of labour, increasingly popular in hospitals all over the world, every woman who cervix fails to dilate one centimeter every hour has her uterus stimulated artificially by hormones introduced through an intravenous drip.? The principle behind this is that no labour should be allowed to exceed 12 hours.? The Irish obstetricians who devised this system of management say it is what women want, that women like to know that the baby will born by 11 a.m., or 6 p.m., or whatever.? They also say that it reduces the need for Caesarean section, a claim that research has been unable to substantiate.

In the hospital in Dublin where this method was first introduced, each woman has her own special midwife who stays with her.? Meta-analysis of clinical data and randomized control of trials of active management show that it is not hormone stimulation but the presence of someone who gives on-to-one care and stays with the mother throughout labour that makes Caesarean section less likely.? You may welcome the whole package of active management.? Or you may want only specific elements, to be sure for instance that you have a midwife who does not disappear at the end of a shift, but stays with you until you have given birth.? And you may want to add that you would like to get to know the midwives before you go into labour, so that you have a chance to talk to whoever your personal caregiver might be.? You may also want to have a doula.? This is a woman who is experienced in providing encouragement, reassurance, non-medical advice and physical comfort throughout labour and birth.? She also gives support to the father or woman?s partner.? You can find out about the possibility of having a doula if you contact a doula organization (address on page 429).

There may be interventions you want to avoid entirely, if possible.? For many women, episiotomy, the cut to enlarge the vaginal opening as the baby is being born, is one of these.? There is ample research now to show that a woman is most comfortable afterwards when she has been helped to give birth gently without a cut or tear.? So you may want to find out the episiotomy rate and to ask specifically for help from someone who is good at delivering without damage to the perineum.? Research also shows that most tears are small ones-first or second degree-and that they heal better than episiotomies.? So you can state in your birth plan that you would like to avoid an episiotomy, would prefer a tear if an intact perineum proves impossible, and that, whatever happens, you do not wish an episiotomy to be performed without giving your consent first.? On the other hand, you may not care very much either way, and just want whoever is assisting with the birth to get on with it.

When you are constructing your birth plan it helps to have an idea of normal practice in the hospital and with the caregivers you have chosen.? In Britain there are wide variations in what is routine practice between different areas of the country.

Keep your birth plan concise, no longer than two pages.? Retain one copy yourself and have it ready with the other things you need to take to hospital with you when labour starts.? Make sure that your birth companion also knows what is in it.? Birth plans are not set in tablets of stone.? Think of your plan as an expression of your individuality-a way of describing the sort of person you are, so that if a doctor or midwife meets you for the first time in labour they will get an idea of how you want to be treated and the things that matter most to you.? Use your birth plan as part of a developing dialogue with the people caring for you.